Quiz: How Much Do You Know About Eye Health? 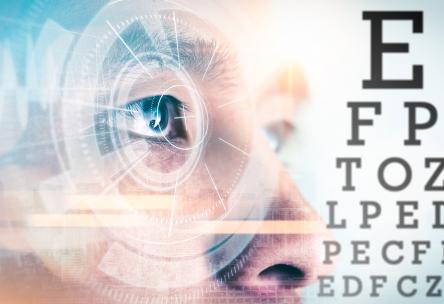 Don’t sit too close to the TV. Carrots are good for your eyes. It’s bad to read in the dark. There are plenty of misconceptions out there about eye health—and believing some of them can have serious repercussions for you or your family.

Want to put your eye health know-how to the test? Take this seven-question quiz to find out how much you really know about your eyes.

“I have to correct every parent who comes to my office, and they’re disappointed every time,” says Dr. Shah. “They want me to tell them that their child shouldn’t use the screen, but what really needs to be told is that their child need[s] to give their eyes a break frequently while using close up devices.”

That’s because sitting too close to the TV or staring at a screen for too long can strain a person’s eyes. The condition even has a name: digital eye strain or computer vision syndrome. The American Optometric Association (AOA) recommends that people who spend long stretches of time using digital devices follow the 20-20-20 rule: Every 20 minutes, take a 20-second break to stare at something 20 feet away.

Still, the idea of too much TV harming a child’s vision is a common misconception: “My mom still says that using the TV or phone hurts my eyes—and I’m an eye doctor,” says Dr. Shah.

True or False: Everyone loses some peripheral vision as they age.

There are multiple health conditions that are associated with aging, but the loss of peripheral vision is not one of them. In fact, the loss of peripheral vision is most commonly associated with serious eye conditions like glaucoma. Glaucoma, a disease that damages the optic nerve in the eye, is a leading cause of blindness in people age 60 and up, according to the American Academy of Ophthalmology (AAO). Presbyopia, or the inability to see objects up close very well, is a natural part of aging, however.

If you’re experiencing a loss of peripheral vision, schedule an eye appointment with your doctor.

True or False: Sexually transmitted infections can affect the eye.

Both herpes type I and herpes type II can spread to the eye by touching an active cold sore or blister, according to the AAO, although type I is responsible for the vast majority of eye infections. The symptoms of the eye infection (herpes keratitis) include pain, redness, blurry vision, and more. If the infection is mild, it can be treated with topical or antiviral meds. If the infection caused scarring on the cornea, an ophthalmologist can scrape off the affected area.

The AAO points out that chlamydia and gonorrhea can be passed to newborns at birth and transmitted via touch to people of any age.

True or False: The darker your sunglasses, the better they are at protecting your eyes from UV rays.

You can’t judge sunglasses by their color. “Darker sunglasses are just a preference,” says Dr. Shah. What protects your eyes is the chemical film that blocks glare and filters out UV rays.

Over time, too much UV exposure to your eyes can cause cataracts, pterygium (or a growth that develops on the eye), and cancer of the eyelids, says the AOA. Always look for sunglasses that block out 99 to 100 percent of UVA and UVB rays (they should be labeled).

True or False: A woman’s vision changes during pregnancy.

Pregnancy affects just about every part of a woman’s body—including her eyes. Most of the vision changes stem from the increase in blood volume that occurs during pregnancy, which can cause hormone level and blood pressure changes, according to the AAO.

Some of the most common complaints? Dry eyes, some blurry vision, and the tendency to be slightly more nearsighted than they were before getting pregnant.

While most of these changes are just temporary inconveniences, some symptoms are more serious. The AAO cautions that blurry or double vision, temporary vision loss, light sensitivity, and seeing floaters (or lines or dots) can all signal a dangerous condition called preeclampsia, or high blood pressure that can be fatal for the mother or baby.

True or False: It’s okay to “flush” out your eyes with tap water.

“Never use tap water in your eyes,” says Dr. Shah. That goes for both people who wear contact lenses and those who don’t.

Tap water isn’t germ-free, states the Centers for Disease Control and Prevention. Most critically, it also can harbor a particularly dangerous pathogen called Acanthamoeba, which can cause an infection that leads to blindness.

“You should use your contact lens solution or lubricant eye drops [to rinse out your eyes],” says Dr. Shah.

True or False: The symptoms of diabetes can appear in your eyes.

It’s not unusual for an optometrist to be the first doctor who spots the symptoms of diabetes in one of their patients.

Diabetes (both type 1 and type 2) is characterized by an inability to store glucose (sugar) effectively in the body. This leads to a buildup of sugar in the bloodstream, which can, in turn, damage the blood vessels in the eye’s retina, according to the AOA. When these blood vessels begin to leak fluid, they cause the retina to swell, which then leads to blurry vision (it’s a condition called diabetic retinopathy).

Some of the symptoms of diabetic retinopathy include blurry vision, seeing spots (or floaters), or impaired central vision.

If you’ve already been diagnosed with diabetes, the AOA recommends scheduling a comprehensive dilated eye exam with your eye doctor at least once a year.

Keeping up with the latest advancements for cataracts, glaucoma, macular degeneration, and dry eye

A New Weapon Against Glaucoma: Meditation

A new study shows the power of mindfulness

What Your Eyes Can Reveal About Heart Health

The eyes are the window to the … heart? Yep. In fact, your eyes can say a lot about your whole cardiovascular system.