What Does it Mean to Have Dense Breasts?

Get the right screening for your breast type 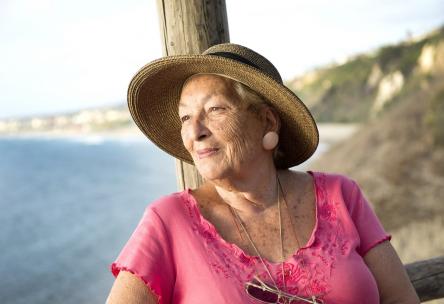 Most women are fairly familiar with their breasts, be they big or small, or firm or soft. But what if your doctor tells you that you have dense breasts?

Contrary to how it sounds, having dense breasts doesn’t have anything to do with size. Rather, it has to do with the makeup of your breast tissue itself.

“Breast density is identified on a mammogram. It’s not something you can determine during a physical exam at your doctor’s office,” explains Janie Lee, M.D., professor of radiology and section chief of breast imaging at the University of Washington School of Medicine. “Within our breasts, we have fatty tissue, glandular tissue, where our milk ducts are, and fibrous tissue, which holds everything together.”

How to Know If Your Breasts Are Dense

Breast density falls into four categories, defined by the breast imaging reporting and data system (BI-RADS), which was developed by the American College of Radiology:

Your breasts are considered dense if they fall within the C or D category.

While learning that your breasts are dense might seem frightening at first, Dr. Lee stresses that it doesn’t automatically mean you’re on track to getting breast cancer. “Breast density is only one of several risk factors,” says Dr. Lee. “It’s important to talk to your doctor about all your breast cancer risk factors.”

Breast density is typically included in the mammogram report given to your doctor, but not all women receive that information. Several states, but not all, have passed legislation requiring that women be notified directly (either in writing or by other means) of their breast density, and there is federal legislation working toward that goal as well. Regardless, it’s important to verify this information with your doctor.

If you’ve been told you have dense breasts, future mammograms won’t look any different. You’ll still have to get your breasts squeezed in a mammography machine to create a mammographic image. But how the images are taken might be different, depending on what mammography type your cancer center uses.

Mammogram machines can take either 2-D or 3-D digital images. But because 3-D is a newer technology, it may not be offered in all health care facilities. Also known as digital breast tomosynthesis, 3-D mammograms allow for an examination of thin sections of breast tissue in addition to the whole breast views in a standard 2-D mammogram. They have been shown to detect the same breast cancers that 2-D mammograms can, and also have fewer false positives (false alarms that turn out not to be breast cancer).

What If My Radiologist Finds an Area of Concern?

If there’s a significant finding on your screening mammogram, your radiologist may recommend additional imaging tests that typically immediately follow your mammogram. These may include an ultrasound, also known as sonogram, a biopsy to determine whether or not a finding is breast cancer. Magnetic resonance imaging (MRI) or ultrasound may also be used for additional screening after a mammogram with negative results. Both increase the sensitivity of finding a cancerous tumor that a mammography might miss.

However, they may also increase the chances of false positives. And while breast density alone doesn’t mean you need additional screenings, doctors often recommend an MRI screening with a mammography in women known to be at high risk—for example, women who carry genetic mutations that increase their breast cancer risk. However, adds Dr. Lee, your radiologist will talk with your doctor about your breast cancer risk level to determine which screening tools are best for you.

Breast density is just one piece of the puzzle to breast cancer screenings that puts women in control of their health, says Dr. Lee. “Even though breast density makes things a bit more complicated, it’s encouraging because considering individual factors like breast density is part of a more personalized approach to medicine.”