Why You Should Schedule a Colonoscopy Screening ASAP

This simple test could end up saving your life 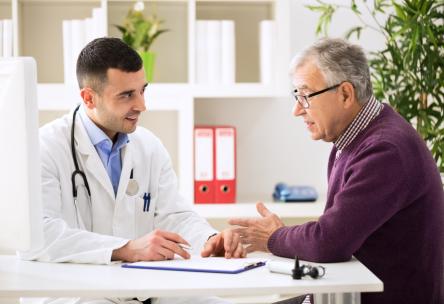 If you knew you could prevent a certain type of cancer with a single, simple test, would you do it?

For the vast majority of us, the answer to this question would be an overwhelming yes. But when it comes to colorectal cancer––the third most commonly diagnosed cancer and second leading cause of death from cancer in the United States––this truth can fall on deaf ears.

In fact, most colorectal cancers can be prevented or treated if they are detected by screening tests. But only 60 percent of Americans are up-to-date with their screening, says John M. Inadomi, M.D., head of the Division of Gastroenterology at the University of Washington School of Medicine.

“We understand that people don’t get screened because they’re embarrassed or fearful of the test, or think they don’t have the time,” he says. “Have an open discussion with your doctor about why this is so important to your health.” Here’s what you should know.

When Should I Get Screened?
If you’re between ages 50 and 75, it’s important to schedule a screening as soon as possible. But if you’re under 50 and have a family history of colorectal cancer or have inflammatory bowel disease, you should probably look into the testing sooner rather than later.

“There’s strong evidence that these tests can reduce cancer deaths,” Dr. Inadomi says. “Neither is better than the other so the ‘best’ test is the one you choose to get done.”

If you’re older than 75, be sure to check with your doctor to determine if a colorectal cancer screening is right for you.

Is the Screening Painful?
Colorectal cancer screenings are safe and easy. While there are multiple types, you’ll likely hear about these two screenings from your doctor the most frequently:

Schedule Your Screening ASAP
Check with your health care plan to see if this critical screening is covered, or partially covered.

Is Medication Messing With Your Blood Sugar?

If you have diabetes, certain medicines and supplements may have surprising effects. Here’s what you need to know

Ways to change your diet to help prevent inflammation and disease

Don’t miss out on the best flu protection