Medications That Increase the Risk of Falls: How to Stay Safe

How to know if your prescription is predisposing you to tumbles, and ways to get help 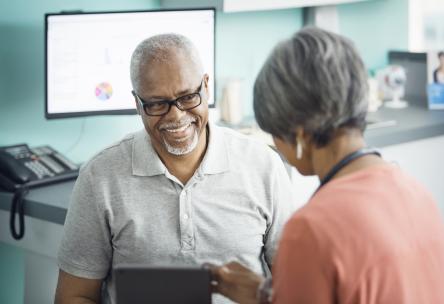 Although we tend to think of the most common culprits of tumbles being age and bone and muscle degeneration, turns out, a crowded pill organizer might play a role, too.

Called “fall risk increasing drugs” (or FRIDs), many over-the-counter (OTC) and prescription medications can throw off your balance and dull your cognitive and muscular reflexes, explains Rosanne M. Leipzig, M.D., Ph.D., the Gerald and May Ellen Ritter Professor and the Vice Chair for Education of the Brookdale Department of Geriatrics and Palliative Medicine at the Icahn School of Medicine at Mount Sinai in New York.

“Medications don't always go where and do what you want,” she says. “Instead, they reach every system in the body, typically with some unintended effects.”

What’s more, these effects tend to be more pronounced the older you are, says Dr. Leipzig. That’s because how you metabolize and excrete medications changes with age. She explains that most medications are excreted by the kidneys, but since many older adults have some degree of decreased kidney function, blood levels of medications can often be higher than what one would expect, given the dosage.

Another factor of more pronounced side effects from certain medications: the percentage of body weight that comes from water. This decreases over the decades, meaning there’s even less water in which medications can distribute, further increasing the concentration of drugs in the bloodstream. What’s more, with time, the brain becomes more sensitive to any medications that reach the organ.

Research suggests that 40 percent of patients 50 years and older who go to the doctor for dizziness regularly take two or more FRIDs. Each decade thereafter, that number increases by seven percent. Sometimes these medications can also increase the risk that, if you do fall, you could break a bone or suffer serious injury, Dr. Leipzig says.

Despite this, if you were prescribed a FRID, you shouldn’t stop taking your medications for fear of falling. Rather, you’ll need to pinpoint the medication you’re taking that might increase the risk for falls, and how to mitigate those effects with other medications or proper diet and exercise.

Here, we highlight 12 medications that might increase the risk of falls, and what you can do to stay safe.

Also known as antiepileptic drugs or antiseizure drugs, these can often cause drowsiness. Carbamazepine is the most common antiseizure medication, but mood-altering and anti-anxiety drugs including clonazepam, diazepam, and valium, are sometimes used to treat seizures as well.

As drugs that block specialized nerve receptors, these are most commonly used to treat COPD, overactive bladder, GI disorders, asthma, and involuntary muscle movements. Examples include oxybutinin, trihexiphenidyl, and amitryiptyline. Long-term use of anticholinergics, and use by older adults, has been linked to an increased risk of dementia.

You’ll find these in cold and allergy medications, as well as in “PM” or “nighttime” versions of common OTC meds.

These include nitrates and α-blockers. Any drug that lowers your blood pressure might also lower it too much, causing dizziness and falls.

These can lower too-high blood sugar levels that come with insulin resistance and diabetes. Like with blood pressure, excessively low levels of blood sugar can result in dizziness and fainting. That’s one more reason to ensure the correct dosage of insulin and other diabetes-related medications.

Also called water pills, these increase the amount of water and salt that your body excretes, potentially increasing medications concentrations in your blood.

These drugs depress (or slow down) the body’s functions. Tranquilizers, sedatives, and sleeping pills can decrease coordination and reaction time, and cause dizziness.

While all muscle relaxers can potentially cause muscle weakness, many forms work not just on the muscles but also the brain, increasing the risk of dizziness, drowsiness, and lowered blood pressure.

This includes medications for delusions, hallucinations, paranoia, or disordered thought, principally in schizophrenia and bipolar disorder.

Opioid medications are often used for pain management and include oxycodone, codeine, and morphine. Sedation and dizziness are common side effects.

When taken in large doses or for an extended period of time, nonsteroidal anti-inflammatory drugs (NSAIDs) such as naproxen and ibuprofen can often contribute to reduced kidney function. This makes it more likely that you may experience side effects (like dizziness) from other medications you take.

How to Stay Safe on FRID Medications

If you’re unsure if the medication you’re taking might be increasing your risk for falls, talk to your doctor straight away. It’s important not to discontinue taking your medication on your own either, as your doctor prescribed it for a reason. Discuss what medications are necessary and if you can healthfully lower the dosage of any of them.

“Some medications you absolutely need to take,” Dr. Leipzig says. “Meanwhile, if you’ve taken a medication for a long time at the same dose, it may be time to lower [the] dosage.”

You may also be able to reduce the risk of falling (while staying on the medication) in other ways. For example, drinking more water can improve hydration levels, while maintaining a healthy weight can reduce the levels of medications stored in fat tissue.

It’s also important to consider fall factors other than medications. “Multiple things can contribute to and cause falls, so doing something about any of them will decrease your risk,” she says. “The more things you do, the better.”

Top action items include being active (regularly performing muscle-strengthening as well as balancing exercises can reduce your risk of falls), maintaining stable blood-sugar levels throughout balanced meals, and addressing health concerns such as foot abnormalities and diabetic neuropathy.