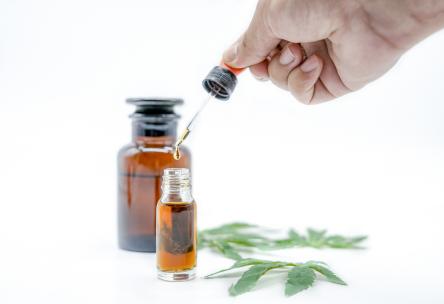 CBD, which is shorthand for cannabidiol, is a plant-based chemical compound that promises to reduce anxiety, pain, insomnia, and more. Although many in the medical field are skeptical of the supplement, there’s no doubting how mainstream it’s become in recent years.

One Harris Poll found that more than 85 percent of Americans have heard of CBD, and more than one in five have tried it. CBD can be found in creams, capsules, gummy bears, and oils, and even in soaps, beer, ice cream, and pet products. In 2018, retail sales of CBD consumer products approached $2 billion, according to investment firm Cowen & Co. By 2025, that number is expected to rise to $16 billion a year.

But while CBD booms, exactly how the supplement works isn’t so well-known. Here are five common myths:

Myth #1: CBD is a brand-new supplement. CBD isn’t new, but for more than 70 years it was kept from the public because it comes from the cannabis plant, which, until recent years, was illegal in all U.S. states.

Myth #2: CBD works in the same way that marijuana does. While CBD features cannabidiol, there are different strains of the cannabis plant. Some strains are high in the chemical compound THC, which is the chemical responsible for producing the psychoactive effects typically associated with marijuana. But there are other strains of cannabis that are high in CBD, not THC. This kind of cannabis is known as hemp, which is the source for the CBD that’s found in products. CBD produces no psychoactive effects, but it can soothe the body in several ways.

Myth #3: CBD can provide immediate pain and anxiety relief. Because of the long ban on research, most of the studies on CBD are recent, short-term, and conducted on animals, making them often inconclusive as to whether CBD is a viable treatment option for certain ailments.

Despite this, the research that has been conducted involving CBD is promising. Studies on rats and mice have shown that CBD has a positive effect for pain and anxiety. And early studies on humans show promise for CBD as a sleep aid.

Meanwhile, it’s often been reported by CBD users that the results are less than they expected, especially for the relatively high cost. (Prices vary, but a bottle of 30 capsules often costs $60 or more.) But, for others, it’s a small price to pay for relief from anxiety, headaches, insomnia, and other issues, including symptoms related to menopause and menstruation.

Myth #4: CBD is illegal. Unlike marijuana, which is illegal in some states, hemp—and the CBD that comes from it—is legal everywhere in the U.S. This is the result of a bill passed by the federal government in 2018.

Some jurisdictions, including New York City, don’t allow CBD to be added to food, since it has not been specifically approved as a food additive. But in all parts of the country, CBD products from hemp are legal and available with no prescription required, although it’s recommended that you consult with your doctor before trying it.

Myth #5: CBD is risky. While doctors are unsure whether CBD is effective or an example of the placebo effect, the supplement is still considered to be safe and rather harmless. The main caution, however, is that CBD is currently subject to no government regulation, which means it may contain other ingredients, or not even be CBD at all.

If you want to try CBD for yourself, research the company you want to buy from to make sure they are reputable. Their website should include product lab reports and ingredient lists, as well as plentiful reviews.

Always consult with your doctor before trying any supplements, including CBD.

Depression Can Affect You Physically

We usually think of depression as a mental illness, but the symptoms don’t stop there