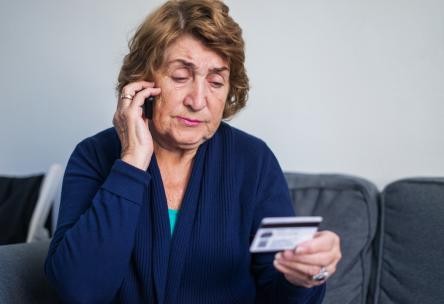 Robocalls—those automated calls to your cell phone or landline—are an annoyance of modern life, but they can also be much worse than just a nuisance. In some cases, because of scams and overly aggressive sales tactics, they can even cost an elderly loved one their life savings. To protect yourself, your parents, and other family members, it’s important to know the tricks that telemarketers use.

Some of these calls are clear scams, trying to get you to hand over personal information or money, or to buy things you may not need. “We’ve heard from the adult children of elderly parents who were horrified to find out that unscrupulous telemarketers had preyed on their parents, leading them to buy expensive products that they don’t want or need,” says Consumer Reports policy analyst Maureen Mahoney.

How do you know if it’s a scam? According to Mahoney, these are telltale signals:

Among the many tactics used by dishonest scammers, the Federal Trade Commission has identified these two types of automated call scams as being particularly designed to trick seniors:

Debt relief
If you get a robocall that offers you access to a government fund that can help eliminate your debt if you pay an up-front fee, do not engage: It’s not legit!

Tech support
Scammers may specifically target seniors around computer or phone tech issues, based on the bias that seniors are less tech-savvy. If you get a call claiming that someone has identified a problem with your computer or phone, offering to fix the problems in exchange for an up-front fee, that’s another red flag.

The 4 Rules of Response

Rule #1: Don’t pick up
Avoid answering the phone if you don’t recognize a phone number, Mahoney advises. If it’s someone legitimate, they’ll leave a message that you can then return at your convenience. And even if you think you might recognize the number, consider screening a number you don’t have in your contacts already. Robocall spammers use a technique called “caller ID spoofing,” wherein they manipulate caller ID technology to place calls that appear to be from a number that is local to the recipient’s own area, to avoid detection.

Rule #2: Hang up
If you do pick up, and the call is an automated one from someone you don’t know, “don’t worry about being rude—just hang up,” Mahoney says. If you do listen long enough for someone to ask you to call back to a random number with your personal information (bank account or Social Security or credit card number), or to make a payment, don’t ever do it. Never give out your personal information over the phone to someone you don’t know. If someone calls claiming to be from your bank or credit card company, hang up, and if you think it may have been legit, call the number on your statement, and inquire about the call.

Rule #3: Block it
You can, and should, put your phone number—landline or mobile—on the Do Not Call Registry, just like in pre–cell phone times. (It takes just seconds. Click here. That should reduce the number of unwanted, but legitimate, telemarketing calls you receive; it likely won’t reduce scam calls, though, because those usually evade oversight and are harder to track.

Your phone provider should have basic robocall-blocking technology and may offer more advanced blocking (with or without an additional fee). Ask what your plan includes. (If you use a landline, consider an external device that helps field and block robocalls.) Another option is to use one of the robocall blocking apps: Nomorobo, Truecaller, Hiya, and YouMail are just a few that are popular, and many are free. Note that if you do use these apps, you may have to share personal information with the app developer, which can create a privacy worry for some people, Mahoney says.

Rule #4: Report it
Report suspicious or illegitimate calls to the FTC, online at https://www.ftccomplaintassistant.gov or by calling 1-877-FTC-HELP. “While filing a complaint likely won’t stop the calls, it helps the FTC in its enforcement efforts,” Mahoney says. Consumer Reports has been lobbying the Federal Communications Commission to require phone companies to implement effective anti-robocall technology to stop robocalls before they reach the consumer, “because scammers easily evade detection,” Mahoney says, “and the robocall problem continues to get worse despite enforcement efforts.”

3 Ways to Have a Better Insurance Call

Make your next call to customer service productive (and dare we say, enjoyable?)