5 Surprising Facts About Health and Happiness Through the Decades 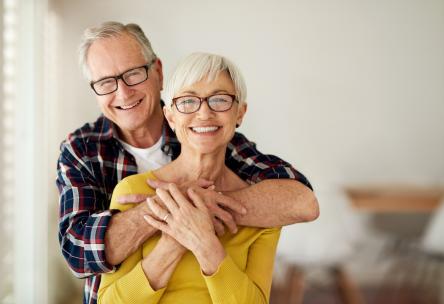 Why try to turn back the clock when you can keep it rolling?

“People are beginning to see more positives of aging,” says Shevaun Neupert, Ph.D., an associate professor of psychology at North Carolina State University, who studies aging. “Rather than being fearful of aging, they can look forward to it.”

After all, men and women are enjoying longer, healthier lives than ever before, according to a recent Harvard University study using Medicare data. And according to research from the Pew Research Center, nearly half of adults age 75 and older say that their lives have turned out even better than they expected.

Here are five unexpected things that make your 70s, 80s, and 90s so great:

Scientists used to think that the brain was destined to slow down by your 70s, but new researchfrom Columbia University suggests that older brains can perform just as well as they did in their younger years. The keys to staying sharp: Eat a balanced diet rich in fruits and veggies, exercise regularly, get plenty of sleep, and don’t smoke.

While you may still have some allergies in your older years, they likely won’t be nearly as severe as they once were. That means you can enjoy outdoor activities such as cycling and camping, even during peak pollen season.

People in their 80s tend to feel closer to their partners than do people of any other age group, according to research from the University of Manchester. So, if you have a significant other in your life when you hit the big 8-0, your bond might very well be stronger than ever.

Ah, a good night’s sleep, finally! It appears that sleep quality improves through the decades, with the fewest sleep complaints coming from people in their 80s, according to research published in the journal Sleep.

Called “the fourth age,” the 90s are a time when people are their most relaxed and able to enjoy the little things. Around this time, adults say they feel less stress, have fewer money worries, and are able to enjoy more quality time with their families. It’s no wonder that people in their 90s tend to have the highest levels of overall gratitude.

Aim for a daily dose of this mood-and-health booster

There’s at least one in every community—a silver-haired wonder who is up at dawn without fail for a daily jog, or is the life of the weekly bridge game, or is maybe even a YouTube sensation, like 9